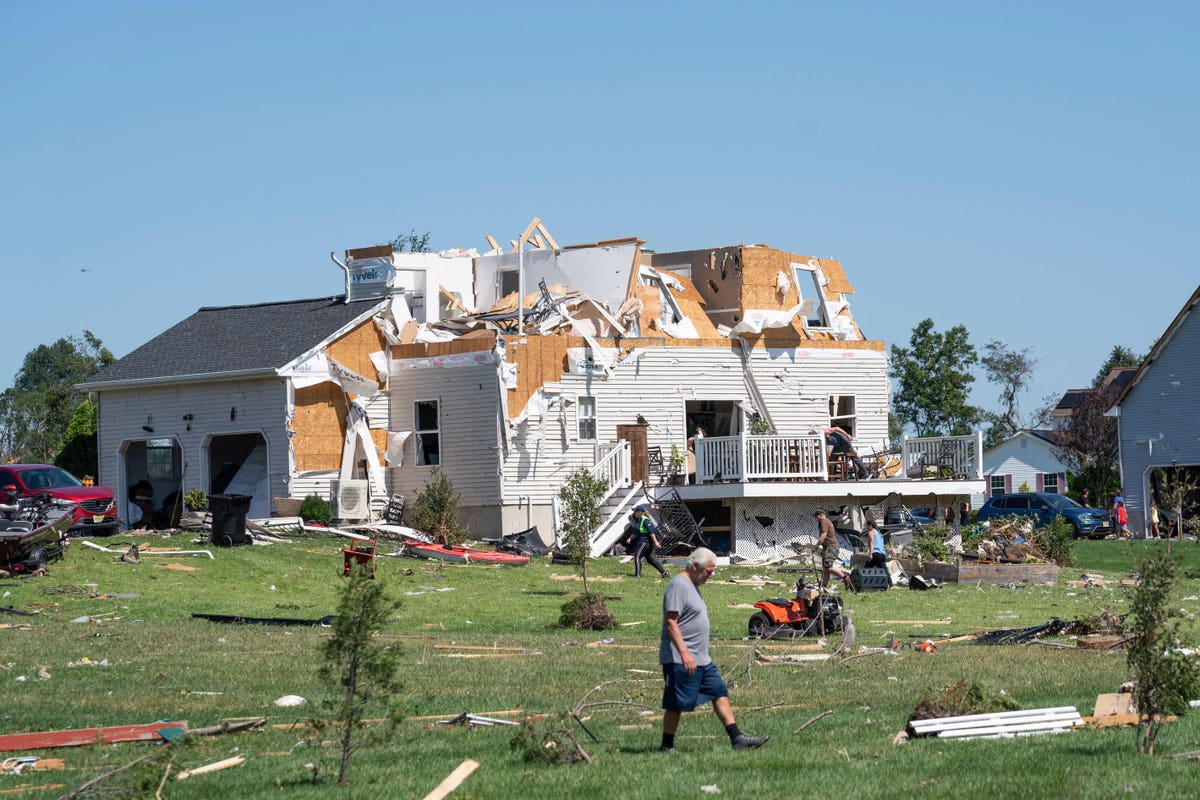 A new climate change catastrophe report by CoreLogic, a real estate data analytics provider, takes a look at how many homes were affected in 2021 by hurricanes, severe weather, winter storms and wildfires and warns of the high price tag of property damage or loss.

A natural hazard can not only devastate a community but also increase its mortgage delinquency rate to historic levels. For example, in August 2021, the mortgage delinquency rate in the Houma metro area of Louisiana stood at 7.4%. But after the deadly and destructive Hurricane Ida battered Louisiana with Category 4 intensity on August 29, 2021, CoreLogic reports that delinquencies nearly doubled to a rate of 13.3% in September, and up to 13.5% in October.

CoreLogic says insurance and mortgage solutions can have significant value when it comes to addressing the increase in climate change-induced hazard events and their impact on the real estate economy.

Nearly every property in the U.S. has exposure to hazard risk, and the effects of a catastrophic event can result in an unstable economy with high levels of unemployment and mortgage delinquency.

Wildfires: Together, forests, shrubland and grassland cover more than half of the land area in the United States, according to the U.S. Environmental Protection Agency. These ecosystems are important resources, both environmentally and economically.

Although wildfires occur naturally and play a long-term role in the health of these ecosystems, changing wildfire patterns threaten to upset the status quo. Multiple studies have found that climate change has already led to an increase in wildfire season length, wildfire frequency and burned area, the EPA reports. The wildfire season has lengthened in many areas due to factors including warmer springs, longer summer dry seasons and drier soils and vegetation.

Between long-duration dry conditions and extreme heat, the number of wildfires each year is increasing, and 2021 was no exception, according to CoreLogic. The Dixie Fire became the second largest wildfire in California history, scorching nearly 1 million acres and over 1,200 structures in its path. About 4,100 surrounding homes suffered the consequences and continue to recover from severe smoke and ash damage. The reconstruction cost value is $0.73 billion.

Severe weather: Every year, hundreds of tornadoes, hailstorms and straight-line wind events occur across the country. In 2021, severe weather resulted in $7.46 billion in property damage. The reconstruction cost value for 563,627 homes was $123.7 billion.

While late in the year for severe storm losses, the Midwest tornado outbreak on December 10 and 11, 2021 was the deadliest December outbreak on record, according to CoreLogic.

Hurricanes: With climate change affecting the ocean’s temperatures, tropical cyclone activity is expected to become more frequent and destructive. When Hurricane Ida made landfall on the 16th anniversary of Hurricane Katrina, many Louisiana residents anticipated the worst. In reality, Ida proved that at least two things had changed since Katrina — the levees held and the flood insurance gap had narrowed. Once the storm moved into the Northeastern United States, the floods were notable in severity for a Gulf Coast hurricane. Homes affected: 1,233,860; reconstruction cost value: $395.39 billion.

According to CoreLogic, resilience can be enhanced with efforts on the part of multiple stakeholders, including the following: