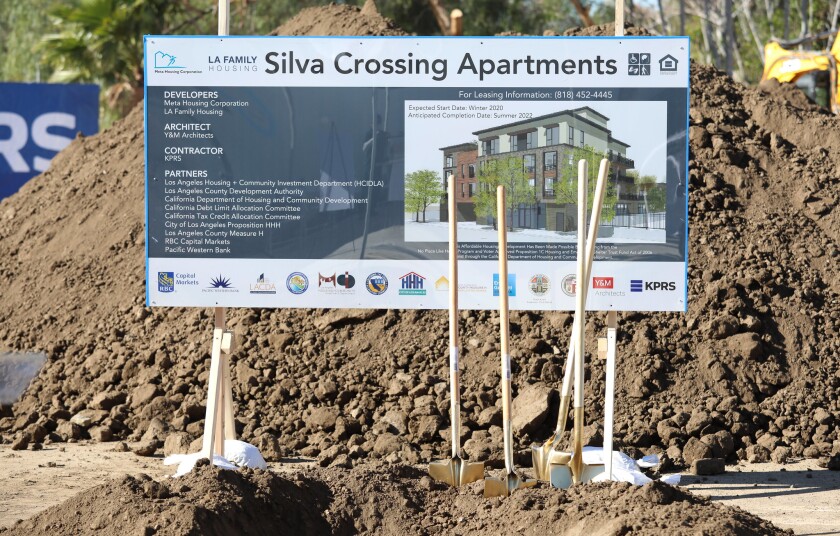 The city spent $870,000 per unit on one project and if it doesn’t rein in costs, the per unit price could soar to $900,000 or $1 million, Galperin wrote in his latest audit of Proposition HHH spending, released Wednesday.

“Over the last two years, the pandemic has exacerbated the situation spurring new policy initiatives and a greater desire to make HHH more impactful,” Galperin wrote in an attached letter. “Nevertheless, HHH is still unable to meet the demands of the homelessness crisis.”

Voters approved Proposition HHH in 2016 authorizing the city to issue up to $1.2 billion in general obligation bonds over 10 years with the aim of building 10,000 units of supportive housing to reduce homelessness. The city most recently issued bonds tapping the HHH bond authority in October.

There are 8,091 total housing units underway, of which 6,578 will offer supportive services like mental health, drug addiction or job search programs, according to the report. Those projects are spread across 125 projects in various stages of development, with 14% of units ready for occupancy, 54% in construction and 32% in pre-development. The total number of completed units at this juncture is 1,142, which Galperin called “wholly inadequate given the city’s ongoing homelessness emergency.”

The projects are taking from three to six years to complete, he said, with the majority set to open between 2023 and 2026.

The 2020 Greater Los Angeles Homeless Count estimated that there are more than 41,000 homeless people in the city, a 45% increase since HHH passed, Galperin wrote.

According to the 2020 count, the city of Los Angeles’ homeless population rose 14.2% compared to the previous year.

The Los Angeles Homeless Services Authority began the 2022 homeless count Tuesday and expects to complete the project by summer. It didn’t conduct the survey in 2021 amid pandemic concerns, and had postponed this year’s effort originally slated for January.

In his 2019 and 2020 audits, Galperin had recommended reallocating funds to lower-cost projects, cutting red tape and increasing investment in temporary shelter.

“Although Los Angeles has made some progress with Proposition HHH, it hasn’t been enough,” Galperin said. “The costs are too high and the pace is too slow to address the tragedy on our streets.”

Los Angeles Mayor Eric Garcetti, who will be headed to India to serve as ambassador if the U.S. Senate confirms his appointment by President Biden, defended the city’s progress.

“Let’s be clear: Prop. HHH is producing more units than promised, at a lower cost than expected. There are already 1,200 units online providing critical housing and services,” Garcetti tweeted. “And HHH will deliver over 10,300 units of supportive and affordable housing by 2026.”

The Senate Foreign Relations committee confirmed Garcetti’s appointment as ambassador in January. If he is confirmed by the U.S. Senate, Council President Nury Martinez would become acting mayor until an interim mayor is appointed by the council or one is chosen by special election. With the regularly scheduled mayoral primary set for June, the city council is unlikely to schedule a special election.