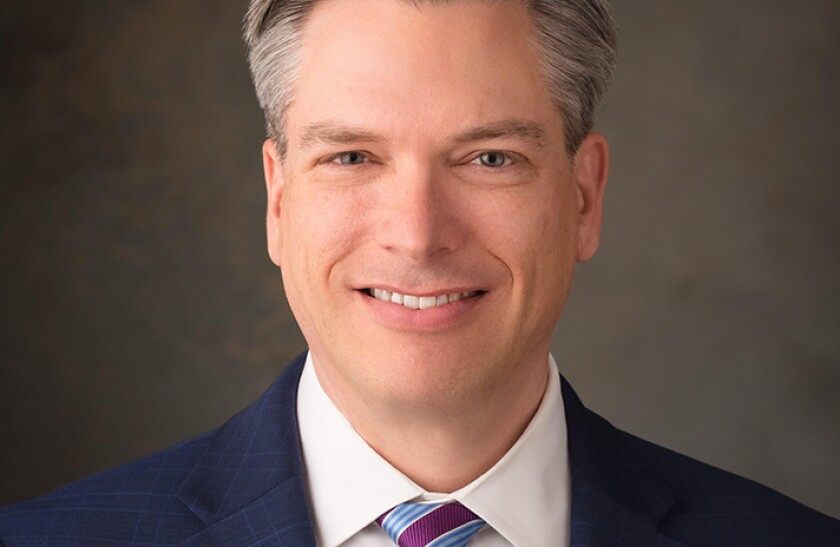 The Municipal Securities Rulemaking Board’s request for information on environmental, social and governance considerations in the muni market represents a dangerous attempt by the board to bring politics into the realm of public finance and should be abandoned immediately.

That’s according to Utah State Treasurer Marlo Oaks, who helped lead the coalition of officials from 23 states who signed the State of Utah’s response to the MSRB’s request for information on ESG in what has been one of the most potent attempts yet to call out the board for overstepping its legislative boundaries.

“The MSRB needs to stay out of this area,” Oaks told The Bond Buyer. “This is trying to use economic force to drive a political outcome and that’s not what we have our capital markets for. Our capital markets are to allocate capital and we use the legislative process and our political institutions to deal with political problems and political questions.”

Oaks, who said he’s one of the few state treasurers with institutional investment management experience, believes that any ESG consideration politicizes the capital allocation process, which is a fundamental shift from where we are now.

“When we’re trying to solve problems that are political in nature through the capital markets, whoever has the most money wins,” Oaks said. “We’re fundamentally changing how we solve our political differences when we adopt ESG.”

The concern for many of these states is adding anything mandatory related to ESG, which could add a large burden for small jurisdictions. But the thought of what regulators plan to do with the disclosures also isn’t sitting well.

“This is adding a massive burden, potentially to very small entities, small municipalities, that don’t have the ability to report on this,” Oaks said. “Then what, they disclose this information and then it can be weaponized against them.”

The sheer number of issuers represented in a letter Oaks submitted to the MSRB represents a strong coalition united against any push towards mandated ESG requirements in the muni market. The MSRB lacks any authority to require additional disclosure by issuers.

But the letter carries some weight to it not only from the long list of state officials that signed onto it but from the extensive footnotes and legal cases it cites to present the fiercest anti-ESG defense any group of municipal issuers have presented so far.

“The RFI thwarts Congress’s decision to leave states free from bureaucratic securities supervision,” the Utah letter said. “When it created the board, Congress took great care to ensure that the board may not evade this limitation.”

That the MSRB is unable to mandate disclosures for issuers has been well documented in other responses to the RFI. But the Utah letter goes even further to say that the board should withdraw its request and address the muni market.

“The board should issue a statement explaining that it acknowledges the statutory limits on its authority and intends to respect them,” the Utah letter said.

The Utah letter accuses the MSRB of circumventing statutory restrictions, suggesting “its disregard for congressional objectives would render any eventual rulemaking unlawful under the APA.”

The letter also asserts that “the RFI misunderstands the purpose of securities disclosures and therefore seeks to address a problem that does not exist,” in addition to claiming “The RFI fails to seek the information the Board needs to make reasoned decisions about disclosures.”

The letter states, in addition to recommending the board to withdraw the RFI on multiple occasions, that if it doesn’t, the board “must issue a new RFI focused on investors’ need for material ESG-related information.”

But while the Utah letter may go very far in its anti-ESG rhetoric, it addresses something many have been feeling about the MSRB for some time.

“The [Utah] letter really points out a fundamental concern that many groups have expressed, which is, what is the MSRB’s mandate? And then for many–why does it appear that much of their work is outside of that scope?” said Susan Gaffney, executive director for the National Association of Municipal Advisors.

The board next meets April 27-28, and may include a discussion of the ESG RFI on its agenda.

“The MSRB invited stakeholders to share their perspectives on ESG practices in the municipal market, and we are deeply appreciative of the level of engagement, MSRB CEO Mark Kim said in a statement. “We set out on this fact-finding mission to collect information that can inform our thinking and help facilitate an ongoing dialogue about the challenges and opportunities posed by both ESG-related disclosure and designated bonds. While some stakeholders are familiar with our request for comment process in which we put forth a regulatory proposal and seek input to improve it, this request for information provided a much more open-ended opportunity for stakeholders to contribute to our understanding of evolving trends in our market. To date, more than 48 comment letters have been received, and we look forward to carefully reviewing each one and continuing to facilitate the conversation about how we can all work collaboratively to protect investors and issuers and strengthen the municipal bond market.”