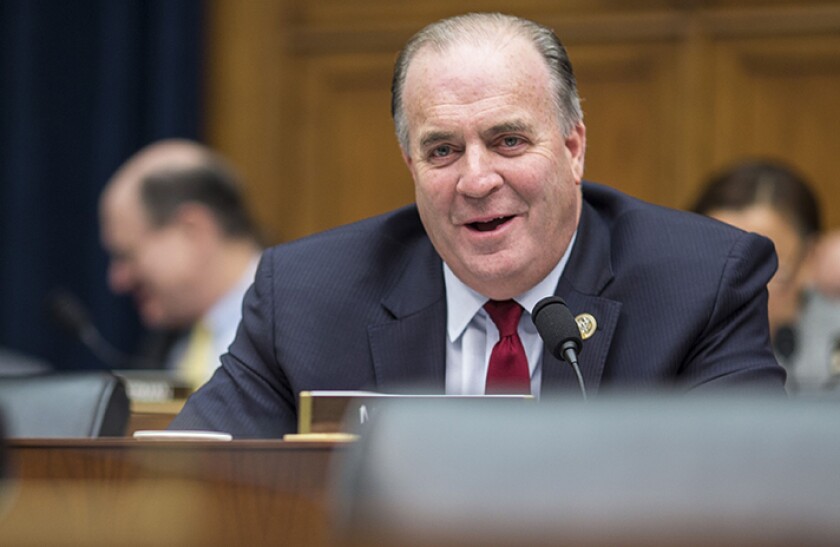 When Denver Water last year embarked on an ambitious, 15-year project to fully replace lead service lines in its system, one of the early hurdles proved to be meeting a key Internal Revenue Service test for tax-exempt financing.

Before the utility could issue tax-exempt bonds for the $500 million program, which would replace both the private and public parts of lead service lines, it had to prove that no more than 10% of the bond proceeds would benefit a trade or business.

To do the test, Denver Water had to figure out whether every property on its list was rented or if it housed a private business.

The number turned out to be only 0.27%, “but it added six to eight months of administrative work to certify that,” said Dan Hartnett, chief advocacy officer at the Association of Metropolitan Water Agencies. “And the other problem is the first test doesn’t set precedents for the other rounds, so they’d have to do it all over again.”

Public utilities like Denver Water would be able to bypass the IRS’ private business use test when using tax-exempt bonds to finance the replacement of privately owned lead lines under legislation introduced this week by Flint, Mich. Rep. Dan Kildee.

The primary source of lead in drinking water comes from lead service lines. The lines are typically owned by both the utilities and the homeowners, who are responsible for the cost of replacing the lines in the house.

Replacing the public lines can already be financed with tax-exempt bonds. Kildee’s Financing Lead Out of Water, or FLOW, Act would allow utilities who want to replace the privately owned lines to use tax-exempt bonds without having to undergo the private business use test.

“Denver Water is trying to do the right thing but the IRS red tape is slowing it down and they wanted to see if there’s a legislative solution here,” Hartnett said. “And we came up with the FLOW Act.”

Kildee announced the bill Monday at AMWA’s Water Policy Conference in Washington D.C. Rep. Bill Pascrell, Jr. and Rep. Gwen Moore, who along with Kildee sit on the House Ways and Means Committee, are also sponsoring the bill.

“What happened to my hometown of Flint is not an anomaly; it is a warning to other communities across America,” Kildee said in a statement. “My new legislation would cut through federal red tape to make it easier for communities to support water infrastructure projects removing lead service lines that threaten public health.”

The Biden Administration may mandate utilities to accelerate lead replacement work under the Lead and Copper Rule, and if it does, the FLOW Act would provide utilities with another financing tool, Hartnett said.

The legislation is currently in the House Ways and Means Committee and AMWA is working to get support for a companion bill on the Senate side, Hartnett said. The hope is to get the bill attached to a broader tax bill that will be taken up this year, he said.

“With funds from the American Rescue Plan and the Bipartisan Infrastructure Law supporting local efforts to replace lead service lines, it is just as important to reduce administrative burdens on cities, towns and villages to help these investments go further in communities,” said NLC’s CEO and Executive Director Clarence E. Anthony in a statement. “We thank Congressman Kildee for recognizing the challenges in financing lead pipe replacement, particularly privately owned lines, and for sponsoring this bill that will ease administrative and cost burdens on local governments as they work toward compliance with the Lead and Copper Rule.”

Gilead’s Stock is on Sale: Should You Buy?
Munis steady as week starts with lackluster tone ahead of FOMC
A Luxury Lodge Beckons Along The Unspoiled New Zealand Coastline
HMRC admits errors in responses to FoI requests over ministerial probes
NYSE says Tuesday’s trading glitch due to ‘manual error’