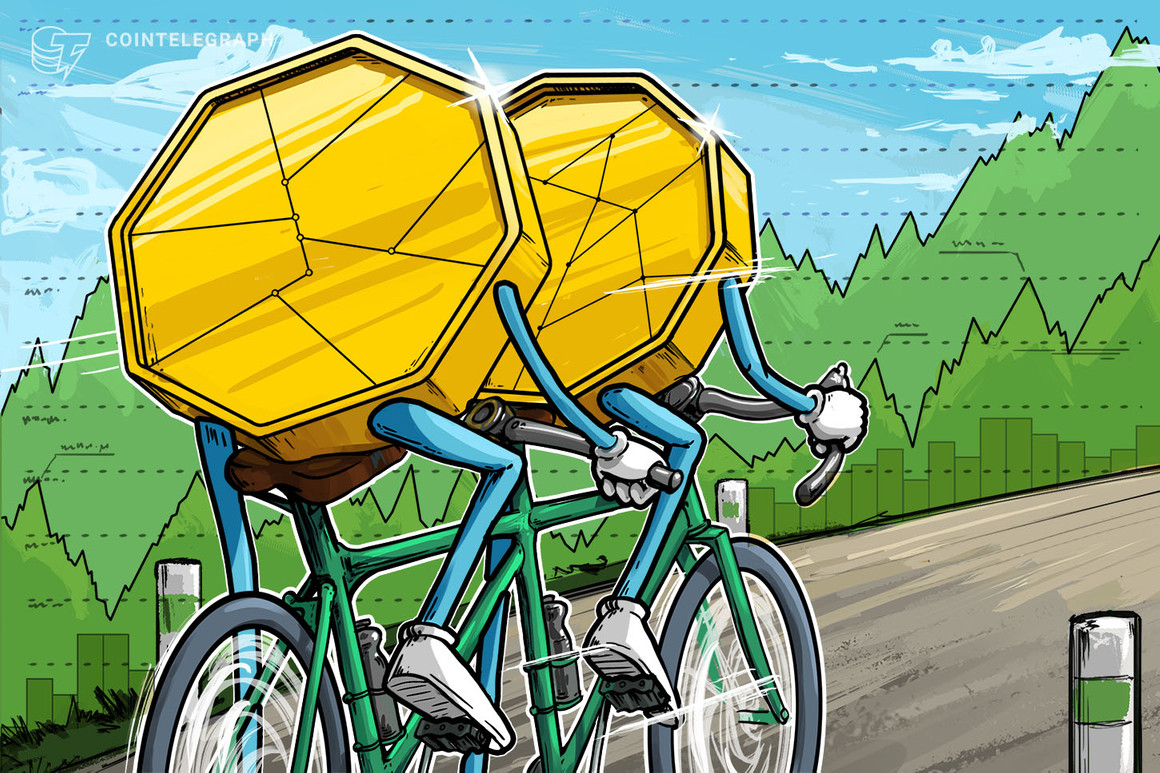 Layer-1 (L1) protocols are the foundation of the decentralized application ecosystem, with the Ethereum network dominating the landscape in terms of the number of protocols launched on-chain and total value locked (TVL), followed by BNB Chain and Fantom.

As the sideways market of 2022 drags on and serious projects use the time away from the frenzy of bull markets to work on development, several L1 protocols have been outperforming the field and making gains despite weakness in the wider crypto market.

Here’s a look at three L1 protocols that are seeing growth in their decentralized finance (DeFi) communities and an influx of TVL on their networks.

Waves is a multi-purpose blockchain protocol that was originally launched in 2016 and has since undergone several transformations along the path to Waves 2.0.

The Waves ecosystem has experienced tremendous growth over the past month, with the protocol’s TVL increasing from $700.95 million on Feb. 4 to a new record high of $2.77 billion on March 18, according to data from DefiLlama.

The network’s increased TVL has largely been attributed to gains on the algorithmic price-stable “assetization protocol” Neutrino, which creates stablecoins tied to real-world assets, cryptocurrencies and the non-custody liquidity protocol Vires Finance.

During the aforementioned period of Feb. 4 through March 15, the price of Waves surged 278% from a low of $8.17 to a high of $31.04, suggesting that interest in the Waves ecosystem has been increasing on multiple fronts.

Oasis is a privacy-enabled L1 blockchain network that focuses on offering high throughput and low transaction fees in a secure manner.

The Oasis network got off to a quick start in terms of TVL when its first decentralized exchange, YuzuSwap, launched in early January and quickly amassed more than $160 million in liquidity. However, the TVL would quickly fall through late February, reaching $65.18 million.

After an initial period of volatility, Oasis’ TVL has climbed to a new high of $194.92 million thanks in large part to the rise of the ValleySwap automated market maker protocol, which has seen its TVL climb to $125.5 million in March.

A third chain that is having a big impact on the DeFi sector is Cosmos and its Interblockchain Communication protocol. Cosmos’ TVL is understated, as most data providers don’t track the chains in the Cosmos ecosystem in the same way they track Ethereum.

Some of the most notable gains in TVL over the past month have come on chains that are part of the Cosmos ecosystem, including Terra, Cronos and THORChain.

As mentioned in a previous Altcoin Roundup, a significant portion of the growth seen on Terra has come via inflows to the Anchor protocol, which is responsible for minting the TerraUSD (UST) stablecoin.

Cronos is a blockchain network that arose out of the Crypto.com ecosystem when the project rebranded in November 2021. As part of this process, Crypto.com’s CRO token was rebranded to Cronos.

Since its unveiling, the Cronos network has had a total of 48 protocols launch on-chain or establish cross-chain integrations, which raised the network’s TVL to an all-time high of $3.19 billion on March 18.

Cronos’ TVL spike occurred during a period where the value of CRO declined 32% from a high of $0.54 on Feb. 10 to a low of $0.372 on March 15, suggesting the value added to the ecosystem came from new assets migrating or launching on-chain.

VVS Finance had previously been reported as the main DeFi protocol on Cronos, but it has actually seen its TVL fall by 4.78% over the past month. Instead, the recent increase in Cronos’ TVL largely comes from MM Finance, Tectonic and MM Optimizer.

The final shoutout to blockchain networks in the Cosmos ecosystem goes to THORChain, a decentralized liquidity protocol focused on cross-chain interoperability.

Thanks to several factors, including the recently added support for “synthetic assets” and its upcoming mainnet launch, activity in THORChain’s ecosystem has been on the rise, with its TVL climbing from $167 million to $267.65 million between March 1–16.

The total value locked on these three protocols, combined with that of the top Cosmos-based decentralized exchange, Osmosis, gives the Cosmos ecosystem a total TVL of more than $30.25 billion. This makes Cosmos the second-ranked blockchain network by TVL behind Ethereum.

Want more information about trading and investing in crypto markets?

Q2 2022: The Quarter Is Marked By A Slowdown For New York Real Estate
Labour ready to fight Johnson over effects of Brexit, says Starmer
Sky-High Listing Prices Are Finally Starting To Come Back Down To Earth
Ryanair chief warns fares will rise for 5 years because flying is ‘too cheap’
Climate change, hurricanes, and their toll on municipal credit