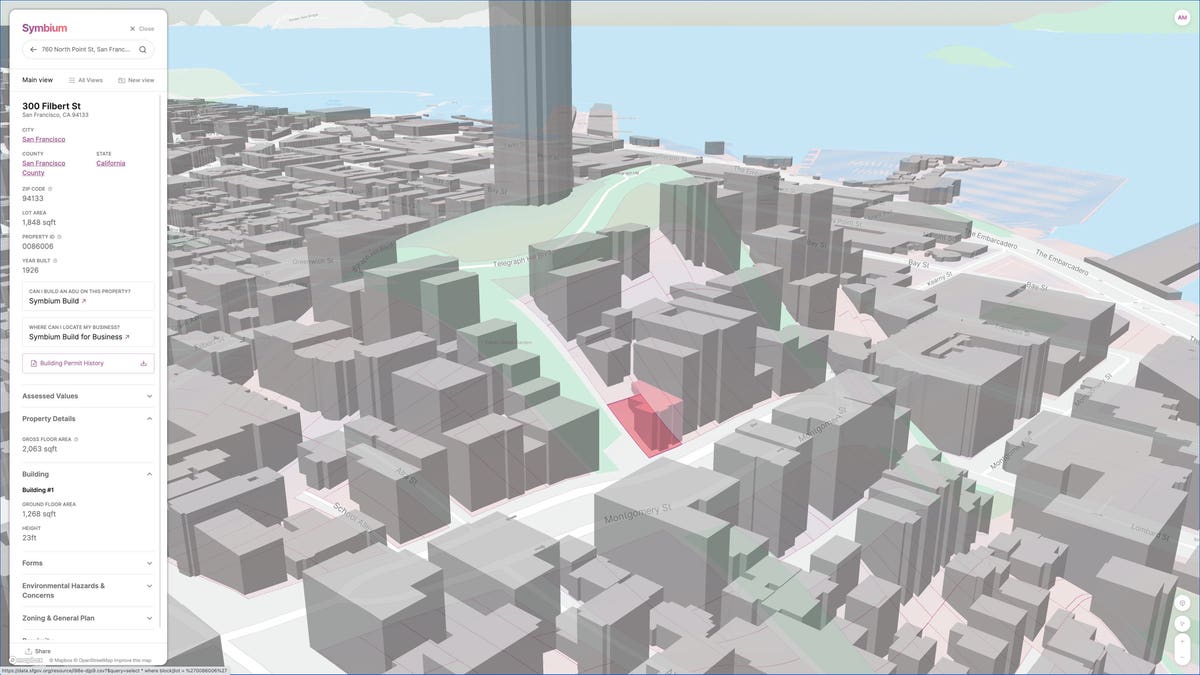 When the pandemic hit cities were torn apart by new situations – retrofitting conference centers and stadiums to be medical facilities, suffering from reduced income from corporate taxpayers that left urban offices, reduced populations as people fled urban centers, and, among other things, fewer city workers who were fighting the illness or dealing with childcare issues.

One of these is enough to stall city services, but all at the same time is a crippling problem. Yet, not only were cities dealing with these issues, they were also facing unrest around diversity, resentment towards police, and the critical factor of low affordable housing supply.

This low housing supply pushed builders to generate more starts, which in turn added fuel to many cities’ planning department’s mile-high list of challenges. With the growing resource constraints, already slow planning departments that depended on antiquated ways of working were taking up to triple the amount of time to process building permits.

It was clear that a solution was needed to help this process.

Avery Stark is an associate planner in the planning department for the City of Milpitas, CA, and crossed paths with software platform Symbium at a conference two years ago.

“My director has been in the planning space for 20 years and this was something he talked about 10 years ago,” he said. “We wanted a tool to show what could be built where. Symbium is actually an analysis of space, geographical issues, and land use regulations. Up to the pandemic, everything was done on paper. If you wanted to learn about ADUs, you had to come talk to us in person, on the phone, or by really long emails. Symbium has solved for that. The time savings is real—I don’t even know if I can quantify it.”

Heather Peters was introduced to Symbium years ago. She now serves as a principal regional housing planner for the Association of Bay Area Governments that just procured 10 licenses for Symbium’s Plancheck product that will go to local governments selected to participate in a pilot program aimed to streamline the permitting process.

Peters described how the Symbium team went above and beyond to earn the right to work with her years ago. As she recalls, they noticed she was skeptical, so they took the time to understand her challenges around accessory dwelling units (ADUs) and then created an entire suite of software that addressed all the ordinances for ADUs in just three weeks, solving for everything that she laid out. Since then, it has been a match made in heaven.

Peters has a lot of experience with the state of California’s government and explains the massive benefits that Symbium brings to a planning department.

“It is very staff intensive to have planners answer the phone to yes and no questions all day long over and over and over again,” she said. “It is staff-heavy, resource-intensive, pretty boring work. It was challenging and continues to be challenging. Symbium was able to automate all of that, saving a lot of time for planners to do more discretionary review and more career fulfilling work. It also helps onboard new staff in an instant because they don’t have to learn all that new code.”

Previously, planners would have to draft a letter to show that there are 27 codes that apply and the reasons why. Symbium is designed to automate anything that is a yes or no answer, putting planners into a role of editor. Peters also sees the opportunity for the software to reduce risk by giving accurate information to the homeowner, therefore avoiding potential lawsuits.

Leila Banijamali is the co-founder and CEO of Symbium, which she developed while studying at Stanford. The online platform is free to the public, giving them instant access to understand what is possible on their property.

“We started with the premise that the current state of the public’s relationship with governments is so broken, particularly in regards to residential construction and the housing crisis,” Banijamali said. “Data is fragmented – a city maintains the same data as the county, but both are updating at different times, so there is fragmentation. And, all of the data that is out there is hard to understand because there is different terminology from jurisdiction to jurisdiction. The public pays a high cost and is powerless to fix it. We don’t know what we are required to do and what we are allowed to do. We wanted to create a very beautiful and intuitive application to address it.”

On the platform, a user can enter in an address to instantly see a visual overview of a property with relevant data such as lot area, year built, assessments, improvement value, property details, and number of buildings. Information about each is available via a hover over feature, including building forms and permit history.

The user can turn on satellite mode that even includes tree cover, which is important for solar installations. Plus, there is a feature for a 3D visualization that shows building heights, neighboring properties, and the same data for adjacent lots.

Then comes the critical component: The user can click on the build button to see Complaw® that represents the laws and regulations, such as planning codes, in a visual and digestible form. The setbacks are automatically calculated by the software, which produces visual feedback to show the actual buildable area. Previously, this work was done by planning departments or the landowner by flipping through code books or map books.

Next, the user can select from a list of ADU products offered by builders listed on the site, dropping them direct on the property to get a visual and understand the Complaw. Once the product is in place, costs appear along with information to contact the vendor. Symbium offers this product directory without commercializing the service for the builders.

“The ADU would turn red if it is in violation of a building code. That visualization gives instant feedback by analyzing the regulation on that particular property,” Banijamali said. “Some cities have pre-approved plans that will fast track the process.”

Builders that use Symbium benefit from time savings by eliminating the typical mess of cross referencing that it takes to look at regulations and by not having to stay up to date on code changes.

Scott Bailey is the co-founder at Bequall a California-based ADU builder and has had product listed on Symbium’s platform for about six months.

“It’s a great educational tool versus a sales tool for us,” he said. “We often send people to use the platform first as opposed to getting new leads. We also use it to think through virtual placements before a site visit.”

Symbium also offers Plancheck as a solution for planning departments to enter in project information, which instantly filters through entire zoning codes to approve the project.

“It takes a month’s long analysis and review and reduces it to just a number of clicks,” said Banijamali. “As far as regulatory review, if it takes weeks or months to do the work, and it goes back and forth between various departments, it starts a new clock every time it’s handed off in the workflow. In the case of Plancheck, the review is completed in a matter of clicks.”

For instance, a builder can nearly instantly find out how many properties in a city’s area that a 600-square-foot ADU will fit in. Plus, a builder can find out the maximum square footage a building can be to cover as many residential lots in a city as possible, then work backwards to design a solution, all with a few clicks.

“As part of a housing element, we are issued an annual amount of units to create,” he said. “The hardest to create are the most affordable. The hardest thing to help a developer with is site selection, feasibility, understanding the product and how to sell it to the masses and how it is going to fit within the jurisdiction’s needs. All the regulations that it usually takes a license to study. Through Symbium build, with ADUs specifically, here are all the sites in the city where an ADU will be permitted.”

Because of these efficiencies, Stark is now able to get on an online call with a resident to see if their address is eligible for an ADU. The computing power of Symbium allows it to happen in real time and the property owner can see a visual with meeting with an architect or a designer.

“They can pick a property and a product and see how it fits on their site,” he said. “It would show if you needed entitlements. Then, they could come in today with that builder and it would be approved. Done. That’s how simple it would be. They can expand and really make the best use of space without having to buy another lot. It does fit the gap for the by design affordable housing. The fact that Symbium can cut the planning department’s work in half is a huge asset to creating more affordable housing.”

Symbium surveyed 19,000 homeowners who built ADUs in the previous year and the majority who responded said that they were challenged by not knowing the process and the costs involved and would have been able to save a lot of money if they had access to more information. So, homeowners verified that providing that information up front will be key to keeping the cost of housing down.

Peters agrees that the digitization of the data is a critical element to adding speed that leads to more affordability.

“Speed is a true impediment to creating affordable solutions,” Peters said. “If a project is under review for 18 months because you have limited staff or it takes too long to do a review physically, it translates directly to carrying costs on the project such as mortgage payments, interest, property taxes, abatements, all of that stuff. Underwriters for affordable projects will look at that. They will look at a jurisdiction and if they are known to move something quickly investors will go with them because there is less risk.”

Symbium is currently only in California but has plans to expand. With the growth, Banijamali expects the same challenges, like jurisdictions that don’t have data in a digitized form; however, she remains dedicated to putting in the hard work to help cities step into the future.

Later in March 2022, Symbium will launch a new feature with the City of San Jose to allow the public to submit permit applications online, bypassing the planning department. The user will pay Symbium a small convenience fee to submit permits rather than going to the city’s planning department. So, beyond being able to easily negotiate the feasibility of building an ADU, a homeowner will now be able to check on reroofing their house or improving the driveway.

In the longer term future, Banijamali wants to evolve Symbium into an online property dashboard where everything that is important to the owner is all there in one place where it can be updated as needed, as opposed to the variety of places that currently house the information.