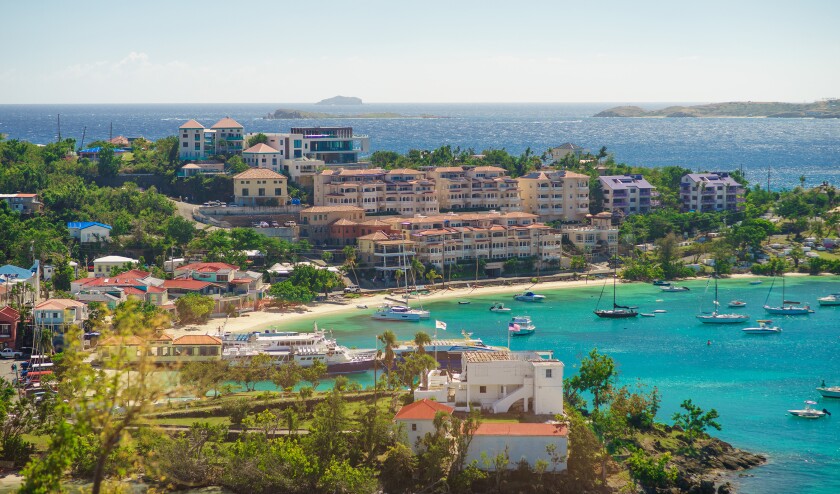 The U.S. Virgin Islands is extending its tender offer to holders of some of its outstanding matching fund bonds to Friday, in advance of an expected refunding of nearly $1 billion of the remaining bonds next week.

The Virgin Islands Public Finance Authority and Matching Fund Special Purpose Securitization Corporation originally solicited bondholders to participate in the tender offer through March 11, extending it once after that date and on Tuesday to Friday. The offer is for $165 million of the Series 2012A working capital and 2013A and B senior lien bonds.

Kroll Bond Rating Agency has awarded the bonds a BBB rating. The deal does not carry ratings from other agencies.

The tender offer is dependent on the successful use of both the 2022A and 2022B bonds to refund the existing bonds and the choice to go through with doing the refunding based on their financial benefit to the government, according to offering documents. All of the bondholders offered the tender who do not accept it will be refinanced with the taxable bonds, presuming the refunding bond sale is completed.

Ramirez & Co. will be the lead book-running manager and Jefferies LLC will be co-senior manager. Fiscal Strategies Group is the financial advisor.

The U.S. Virgin Islands is aiming to save money on interest costs with the bond sale and to support its public pension system, which otherwise would be expected to run out of money in roughly 19 months.

As of April 1, 2019, the USVI had $716 million of general obligation debt, most of it in bonds. It also had $1.04 billion of matching fund bond debt. The figures are from the approved fiscal 2020 budget and they exclude the debt of the Water and Power Authority.

The new bonds, like the existing bonds, would be supported by federally collected excise taxes on rum sold in the United States.