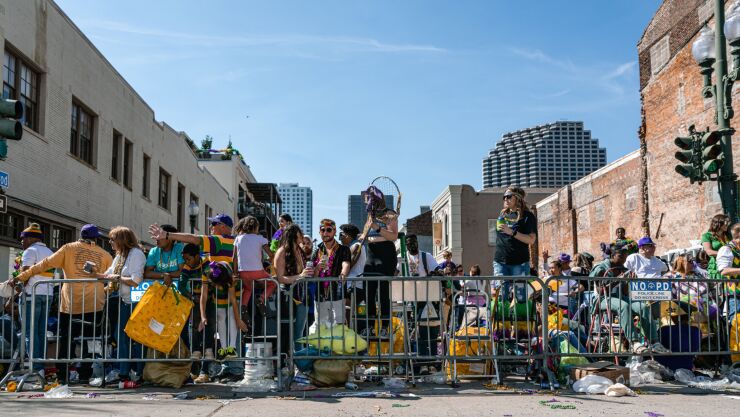 S&P Global Ratings placed the New Orleans’ A-plus long-term and underlying ratings on general obligation and limited property tax debt on CreditWatch with negative implications due to a lack of timely information.

“The CreditWatch action reflects that we will likely withdraw these ratings if we do not receive the city’s fiscal 2020 audited financial statements within 30 days,” S&P credit analyst Alex Louie said in a statement Thursday. “We consider this information necessary to maintain our ratings on these obligations.”

A withdrawal would be preceded by any change to the rating that it considers appropriate, given the information that is available, S&P said.

“However, if the city provides us with a fiscal 2020 audit within 30 days, we will review the information and take rating actions as appropriate within 90 days of the CreditWatch placement,” S&P said.

New Orleans’ fiscal year runs from January through December; almost 17 months have passed since the end of fiscal 2020. The median timeframe for governments to produce audited financials is about five months after fiscal year close, according to Merritt Financial Services, which conducts an annual survey.

This is not the first time the rating agency had warned the city about its tardy disclosure.

In June 2021, S&P Global Ratings placed the city’s ratings on CreditWatch with negative implications due to a lack of updated disclosure.

The city noted that were a several factors that caused the delay last year.

“The city faced significant challenges completing our 2019 CAFR as a result of a menacing cyberattack, a complete overhaul of five different financial systems into one, and managing through the COVID-19 pandemic. Each individual strain on our workforce was significant, but collectively was a perfect storm,” a spokesperson for New Orleans Mayor LaToya Cantrell told The Bond Buyer at the time.

S&P had said it would have likely withdrawn the ratings in 2021 if the agency hadn’t received the fiscal 2019 audited financial statements within 30 days.

As of December 2020, the city’s outstanding GO debt was $453.285 million, of which $99.215 million was insured either by Assured Guaranty Municipal or Build America Mutual.

New Orleans GOs are rated A2 by Moody’s and A by Fitch.