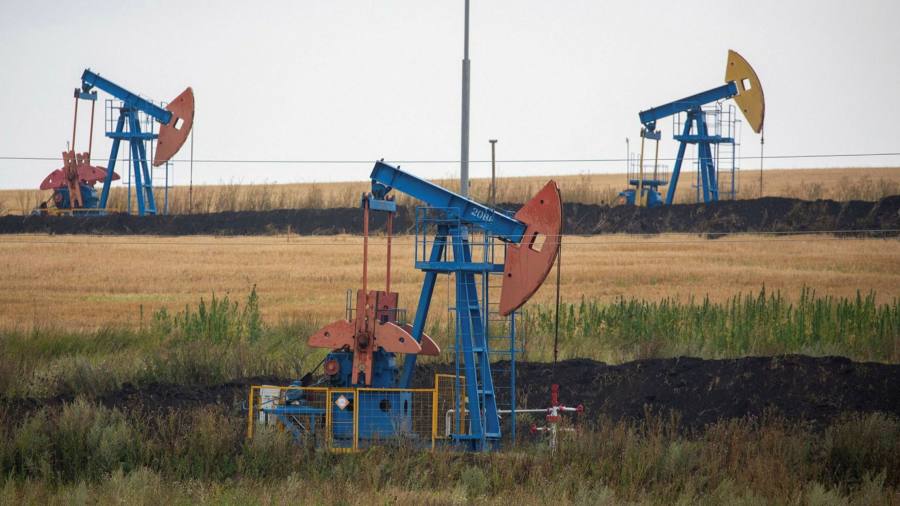 The German government has said it backs a phased-in ban on Russian oil imports into the EU, as officials in Brussels try to seek consensus on an embargo as part of the latest package of sanctions against Moscow.

Jörg Kukies, one of chancellor Olaf Scholz’s closest advisers, said Berlin was in favour of an oil embargo, but needed a “few months” to prepare for an end to Russian crude shipments.

“We’re asking for a considered wind-down period,” he told the Financial Times. “We want to stop buying Russian oil, but we need a bit of time to make sure we can get other sources of oil into our country.”

The European Commission is drawing up a sixth package of sanctions against Russia over its war against Ukraine, now in its third month. The measures are expected to target Russian oil, and Russian and Belarusian banks, as well as more individuals and companies.

More than a quarter of the EU’s imported crude oil comes from Russia and commission officials have been meeting member state ambassadors one-on-one this weekend in an effort to find a rough consensus on the terms and details of any move to curb Russian oil imports. They hope to draft a formal proposal by Tuesday.

Ambassadors will discuss that proposal on Wednesday, two officials involved in the discussions said, cautioning that a final agreement may not be reached at that meeting.

Some countries are also pushing for other measures such as a price cap or tariff on Russian oil. While EU countries all broadly agree on the need to reduce Russian oil imports, some member states are more resistant to the idea of an embargo than others. Hungary and Slovakia’s Russia-tailored oil infrastructure and landlocked status means they have few alternative supply options and would also need to overhaul their physical oil-processing network. “This is not just a question of taking a political decision, but an engineering issue as well,” said one senior EU official.

Hungary’s prime minister Viktor Orban has warned that Hungary would “not yield to any pressure to extend sanctions against Russia to gas or oil, as that would kill the Hungarian economy”. Foreign minister Peter Szijjarto told CNN last week that 85 per cent of Hungary’s gas supply and 65 per cent of its oil came from Russia and there were “no alternative delivery routes which would make it possible for us to get rid of the Russian oil and Russian gas in the upcoming couple of years . . . We have done all we could to diversify.”

Germany, too, will have to adapt quickly should an oil embargo come into force. The biggest challenge is presented by two refineries in eastern Germany, Schwedt and Leuna, which are highly reliant on Russian oil. Both are connected to a pipeline known as Druzhba (“friendship”) that pumps crude directly from Russia.

Kukies said work was under way to ensure that Schwedt, which is operated by the Russian state oil major Rosneft, could be supplied by tankers bringing non-Russian oil into Rostock on the Baltic Sea. But for that to happen, “the port of Rostock needs to be deepened and work has to be done on the pipeline linking [it] to Schwedt”. He added: “It’s a question of a few months.”

He said officials were in talks with “several oil companies, the European Commission and the Polish government” on supplying Schwedt with alternatives, a process he acknowledged was “challenging”. But he insisted that Germany “will solve all problems by the end of the year at the latest”.

The debate about oil sanctions comes as EU energy ministers are due to hold an emergency meeting on Monday to discuss the implications of Russian state-owned gas company Gazprom’s decision to suspend shipments to Poland and Bulgaria last week. Russia turned off the gas tap after the two countries refused to comply with a Kremlin order to settle payments in roubles. Brussels has warned member states that doing so would be in breach of EU sanctions.