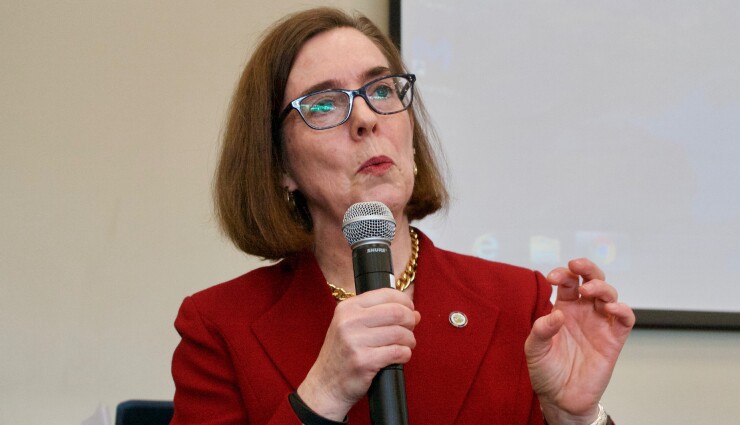 Oregon filed amended offering documents Thursday for a recent lottery bond deal after the state Court of Appeals reversed a $1 billion verdict against the state in a dispute over forest management.

The Department of Administrative Services had priced $217.7 million in lottery revenue bonds in two tranches of taxable and tax-exempt debt two weeks ago. The state had gone into great detail about the potential liability in the offering documents and chose to disclose the reversal by adding a supplement.

The appeals court overturned a 2019 verdict from Linn County jurors, who found the state breached the Forest Acquisition Act of 1941, shortchanging 13 rural counties and 151 local taxing districts out of harvest revenues for two decades.

In the reversal, the appeals court determined the Act did not constitute a contract between the state and counties to maximize revenues from timber harvests and related payments to counties. The decision also supports the Department of Forestry’s ability to manage state forests for multiple uses beyond logging including clean water, wildlife protection and recreation.

“Today’s decision by the Oregon Court of Appeals is a validation of the fact that a balanced, science-based approach to public forest management will produce the greatest long-term outcomes for all Oregonians, including the counties and taxing districts that receive revenue from state forests,” Gov. Kate Brown said in an emailed statement. “In Oregon, we manage our forests not only for the benefit and prosperity of this generation, but those to come.”

No funds had been set aside by lawmakers to cover the $1.2 billion in damages — the original verdict amount, plus the 9% interest that had accrued in the two years since, said Charles Boyle, a spokesman for the governor.

Though the verdict is a financial boon to the state, it’s a fiscal disappointment to the counties who had expected to use the funds to finance a plethora of public services.

Linn County would have received $60 million from the verdict.

The members of the lawsuit want the state “to live up to [what] they believe has been a contract to manage the State Forests for the ‘greatest permanent value,’ which for decades was understood to mean income for the counties that gave up those lands in the 1930s and 1940s,” Nyquist said, referring to the county handing over management of the lands to the state back then.

The litigants plan to file an appeal with the Oregon Supreme Court.

“We have no option other than to appeal this decision,” Nyquist said.

Environmental groups had filed amicus briefs in support of the state, saying they believe the Department of Forestry is already logging state forests in an unsustainable manner.

“Working together, I am confident the state and the counties can find a sustainable approach to supporting critical services for Oregonians,” Brown said.