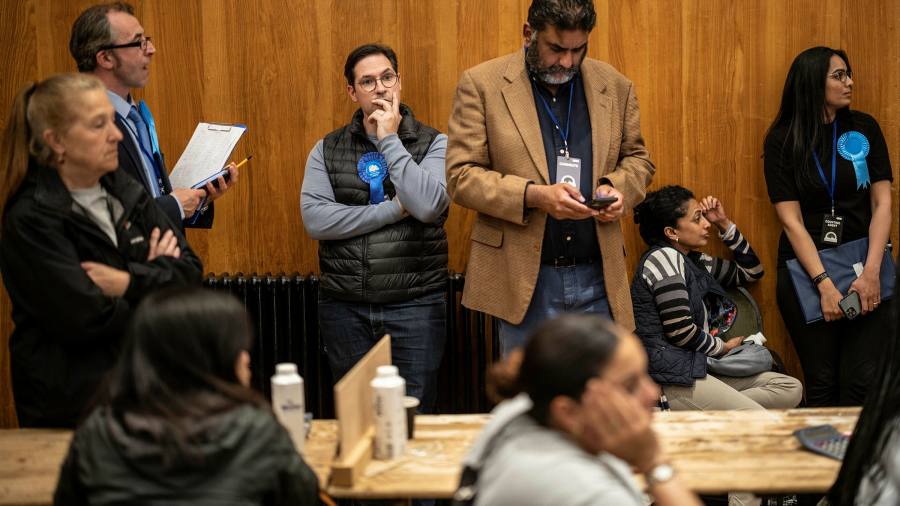 It could have been worse. That will no doubt be the conclusion of Conservative strategists, and many of the party’s MPs, after Thursday’s local elections. Losing the longtime strongholds of Westminster and Wandsworth will sting but elsewhere, the losses — though they steadily worsened as Friday went on — seemed not of sufficient magnitude to threaten Boris Johnson’s job. Neither was Labour’s showing outside London convincing enough to open a clear path back to government. Yet there are warning signs — especially in a new form of north-south divide — that the Tories ignore at their peril.

For the prime minister, the polls seem set to be further proof of a Houdini-like ability to wriggle free from trouble. This is, after all, a man deemed by police to have breached the very lockdown rules he set, the first serving premier to be penalised for breaking the law while in office.

Yet while some local Tory leaders blamed their losses on Johnson — and the “partygate” scandal was a recurrent talking point on doorsteps — something of a midterm thrashing was already expected. Though losses of council seats topped 300 by Friday afternoon, that still did not appear calamitous enough to have Tory MPs preparing to roll the dice on a leadership challenge. Many are unconvinced by the potential candidates to replace Johnson and their ability to handle, any better than him, the worsening cost-of-living squeeze and, in Russia’s war in Ukraine, Europe’s biggest security crisis for decades.

Labour’s celebrations were muted, too, by news that Durham Police was investigating potential breaches of Covid-19 regulations during an April 2021 gathering that included its leader, Sir Keir Starmer.

The Tory vote also generally held up well — aside from a few wobbles — in the former Labour red wall seats in the North and Midlands that were conquered in 2019. But party strategists would be wrong to take this as a cue simply to double down on the existing strategy of a more fiscally interventionist Conservatism coupled with a more rightwing stance on social and cultural issues.

There are dangers for what was traditionally the party of the middle class and business when it finds itself going backwards not just in London but in many of the more prosperous and economically successful parts of the country. Though the challenge from Labour was more muted than senior Tories had feared, the resurgence of the Liberal Democrats in parts of the south opens a new front.

Many Tory MPs from the shires privately fear their core vote and majorities are endangered by the focus on retaining “Workington man”, the kind of working-class, white, male swing voter the party identified in 2019 that it needed to win over from Labour. They worry, rightly, that the party shows scant enthusiasm for wealth creators and profitable sectors of the economy such as pharmaceuticals — except when it is delivering coronavirus vaccines — or financial services, seen as too much of a Remain bastion.

With Conservative losses falling short of worst-case scenarios, the temptation will be to continue with a strategy that relies heavily on the politics of culture wars and division. But a further ebbing away of traditional Tory voters still poses risks for the next election. A return to tax-cutting, and rethinking controversial planning reforms, may help. Guaranteeing success, however, means doing more to hold together both sides of the Tory coalition that delivered the landslide of 2019 — especially if red wall voters, disproportionately hit by soaring prices, start to demand more evidence that Johnson’s Conservatives are finally fulfilling their promises.