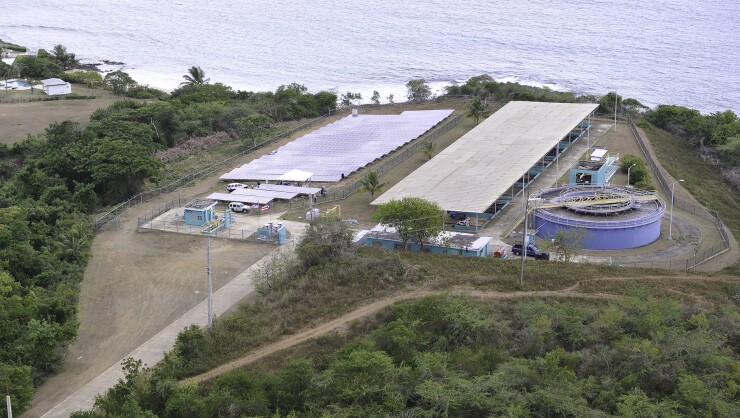 The Puerto Rico Aqueduct and Sewer Authority pulled in 4.5% more revenues in the first half of its fiscal year compared to its projections while expenditures also increased.

As of Dec. 31, PRASA’s overall fund balance, which was affected by other financial factors besides operating revenues and expenditures, was $23.3 million higher than projected.

The authority’s overall cash balance as of Dec. 31 was $872 million, which includes an operating reserve fund of $187 million and a combined operating expense fund and petty cash total of $197 million. The former was the equivalent of 90 days cash on hand and the latter was equal to 100 days of cash.

By comparison, in November 2017 the authority had $324 million of cash.

PRASA had $4.1 billion of senior debt of which $3.1 billion was senior bond debt as of Dec. 31. As of November 2020, the authority had about $285 million of subordinate bonds guaranteed by Puerto Rico’s central government.

PRASA refunded $1.4 billion of its bond debt in December 2020 and $1.8 billion of this debt in August 2021. Unlike most other Puerto Rico government entities, PRASA has not defaulted on its bond debt.

The authority reported that its current senior debt service coverage ratio as of Dec. 31 was 3.81.

Among the ratings agencies, only Fitch Ratings currently rates the authority’s bonds. It raised its rating to CCC from CC in November 2020. Fitch noted that due the authority’s strained finances the authority defaulted on its PFC Superaqueduct obligation and GDB Debt Recovery Authority Loan. Neither action is considered a default by the Master Agreement of Trust. system’s financial profile

“The upgrade to ‘CCC’ from ‘CC’ on the bonds reflects PRASA’s ongoing improvement in eliminating forecast deficits in its latest certified financial plan dated June 29, 2020 …, but also the deeply speculative-grade rating factors that default remains a real possibility,” Fitch analysts wrote in November 2020.