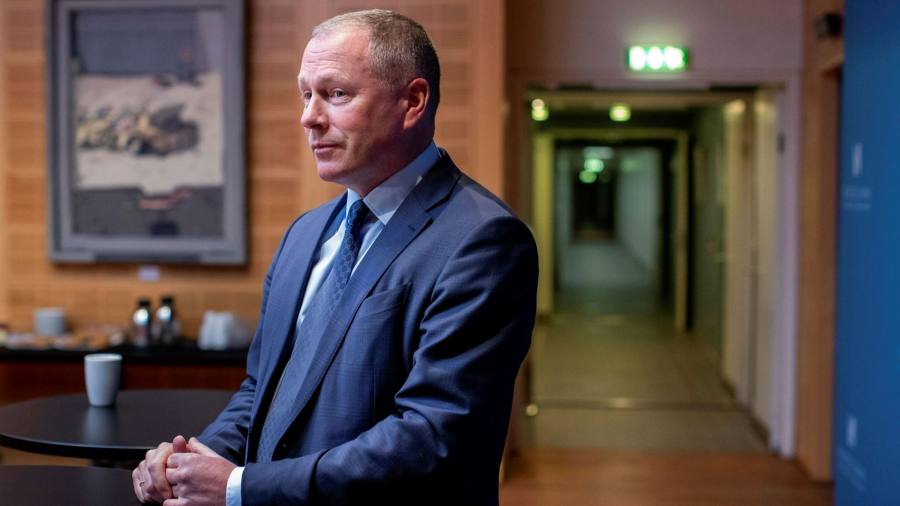 The world’s largest sovereign wealth fund has attacked “corporate greed” and excessive pay for “mediocre performance” and vowed to take action against the worst offenders.

Nicolai Tangen, chief executive of Norway’s $1.2tn oil fund, told the Financial Times that it would in particular target large salary packages that were not justified by performance, or were opaque or insufficiently long-term.

“We are in an inflationary environment, where we are seeing many companies with pretty mediocre performance coming out with very big pay packages. We are seeing corporate greed reaching a level that we haven’t seen before, and it’s really becoming very costly for shareholders in terms of dilution,” he said.

The oil fund, which owns the equivalent of 1.5 per cent of every listed company in the world, voted against executive pay at Intel’s annual meeting this week and against Apple in March.

It also voted against IBM this year, citing consistently high pay despite disappointing performance, General Electric for a complex pay package lacking in transparency, and against Harley-Davidson, saying it had not presented a compelling business case for offering higher salaries than competitors.

Carine Smith Ihenacho, chief governance and compliance officer at the fund, said it was focusing on the US because that was where “the high pay packages” were but that it would also look at Europe and elsewhere.

For the S&P 500 companies that have reported figures for 2021, the median chief executive’s pay has jumped to a record $14.4mn, up from $13.2mn in 2020, according to ISS Corporate Solutions, a data provider.

Coca-Cola in April barely survived a shareholder revolt over pay, with just 50.5 per cent support for CEO James Quincey’s package. Support at Accenture for its executives’ pay crashed to 53 per cent from at least 90 per cent in previous years. Bonuses for the new CEOs of Amazon and Twitter have also drawn fire from the two largest shareholder advisory services.

Tangen, a former hedge fund manager, said the problem would only get worse if investors did not do anything. “If shareholders are not becoming stricter on how they vote, this will just continue.”

“We feel to a certain extent, shareholders haven’t really done their job in this area. We are sensing a bit of a shift in sentiment among the large shareholders in the world towards more scrutiny and more requirement for alignment.”

But the “main blame is clearly with CEOs and boards”, he added.

The fund said it was not automatically against large pay packages, and pointed to JPMorgan and Amazon as examples where it has voted in favour of simple, long-term remuneration policies.

Ihenacho said: “We look at many things. One is how aligned is it really with long-term value creation . . . Are they many multiples above the median of peers? What is the dilution of shareholders? It doesn’t mean we vote against all large pay packages.”

The fund first set out a detailed view of its expectations on executive pay in 2017. Ihenacho insisted the fund set no ceiling for pay, but preferred companies to offer packages with large equity portions that vest over five or preferably 10 years, to try to ensure executives are aligned with shareholders.

Tangen said falling markets also added to the urgency of the issue. “It’s even more important to address it when we go through periods where value creation potentially is smaller for the shareholders. Because as a proportion the pay packages stand out even more.”