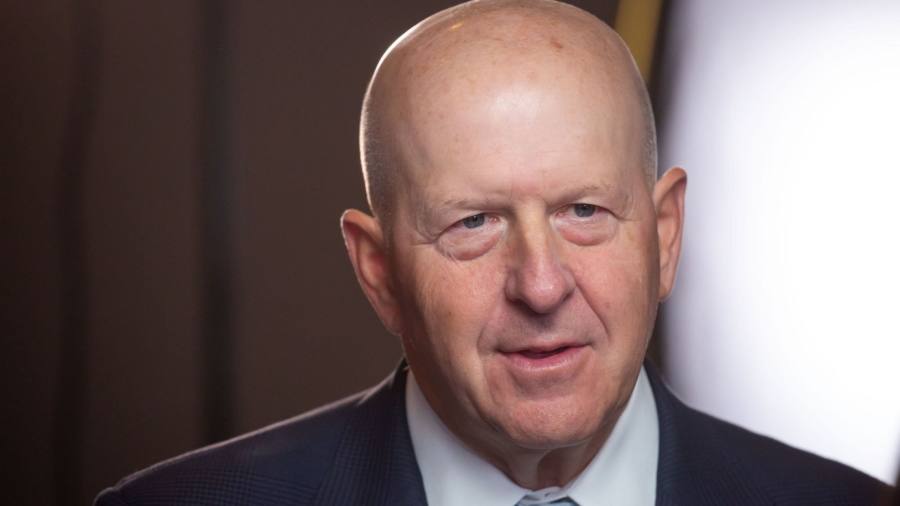 Goldman Sachs is preparing to lay off as many as 3,900 employees starting in January as chief executive David Solomon seeks to boost the bank’s profitability amid economic headwinds.

The plans are still being drawn up, and it is possible that the current target for a cull of “up to 8 per cent” of its 49,000 global workforce will be slimmed down if the business outlook improves, according to three people familiar with the discussions.

Wall Street is contending with sharply reduced dealmaking and capital markets activity after a bumper 2021 that resulted in big hiring surges and large bonuses. Investment banking fees have tumbled 35 per cent in the year to date, according to Refinitiv data.

Goldman is under particular pressure to improve margins because Solomon is trying to improve the bank’s stock market valuation, which has lagged behind peers such as Morgan Stanley for years.

The bank announced a major overhaul in October that included a merger of the investment banking and trading division, as well as a pullback from consumer banking following investor criticism of its losses and escalating costs.

Reducing expenses is essential for the bank after net profits slid 44 per cent in the first nine months of the year, causing it to fall short of its crucial 14 per cent return on tangible equity target, a measure of profitability.

The shares have fallen almost 10 per cent this year.

The job cut discussions go well beyond the bank’s recently reinstated annual cull of the worst performers, which was paused for two years during the pandemic. They were first reported by Semafor.

Goldman declined to comment, but Solomon nodded to the coming cuts at the bank’s financial services conference last week.

“We continue to see headwinds on our expense lines, particularly in the near term,” he said. “We’ve set in motion certain expense mitigation plans, but it will take some time to realise the benefits. Ultimately, we will remain nimble and we will size the firm to reflect the opportunity set.”

One person familiar with the plans said that the cuts would be spread across different divisions rather than being concentrated in a single unit or country. Managers are being asked to identify staff to be made redundant before the end of the year.

The axe could fall hardest on the consumer business, where at least 400 positions could be eliminated.

A push into mass-market retail banking, a major departure for Wall Street’s best-known trading and advisory firm, had been a core pillar of Solomon’s strategy to diversify earnings and make Goldman less reliant on volatile profits from its investment bank.

However, investor opposition to the costly consumer drive forced Solomon to apologise and reverse course two months ago, leaving the long-term future of the division in question.

Goldman is also planning to cut costs by reducing pay. Earlier this week the Financial Times reported the bank is preparing to slash the bonus pool for its 3,000 investment bankers by 40 per cent or more, the biggest drop since the 2008 financial crisis.

Annual payouts for Goldman’s roughly 400 partners may fall further, with some facing 50 per cent declines as the bank prioritises raises for junior staff being promoted.

What is a ‘rolling recession’ and how does it affect consumers? Economic experts explain
A Luxury Lodge Beckons Along The Unspoiled New Zealand Coastline
Stocks making the biggest moves premarket: Intel, Chevron, American Express, Silvergate and more
What’s the purpose of hedging a stock or your portfolio?
Stocks making the biggest moves premarket: Meta, Align Technology, FedEx, Honeywell and more